When Richard was in his first year at the Slade in 1925 he mentions in his diary that he was working on a stone head of Bach. He seems to have given up on stone pretty quickly but he did carry on with an interest in carving wood. At that time he frequently met up with his friend, the sculptor and puppeteer, John Bickerdike. He was a great influence. In his diaries Richard mentions working on several carvings at Bickerdike’s studio, putting some of them into exhibitions. Only a few have survived and we just have photos of others.

In the early 1930s Richard turned his interest in carving towards making puppet heads, and worked with Mavis on puppet shows.

in In the 1960s Richard made a series of tiny driftwood sculptures, which his son Crispin photographed for a feature in Studio Magazine. There was also a large crucifix from this time made from driftwood which hung in the studio. 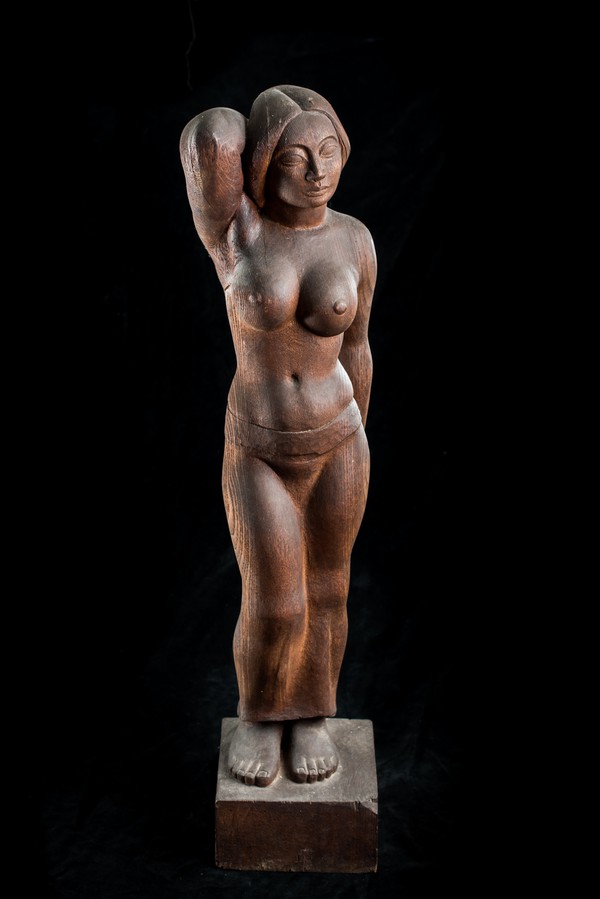 This would have been worked on in Bickerdike’s studio where he escaped after a day’s work at the Slade School. Probably influenced by Eric Gill. 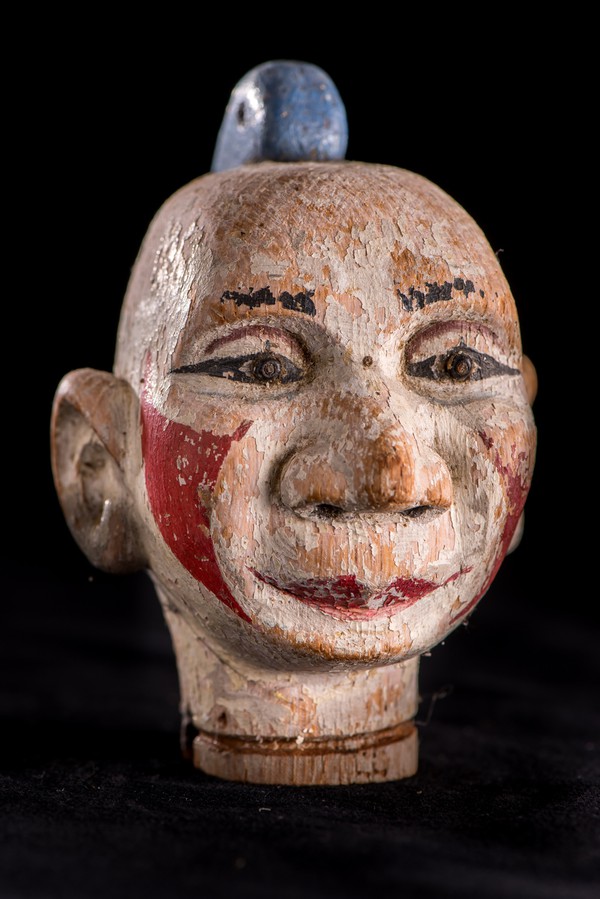 Although the paint is now peeling off, the vigour and humour of this head is still evident. 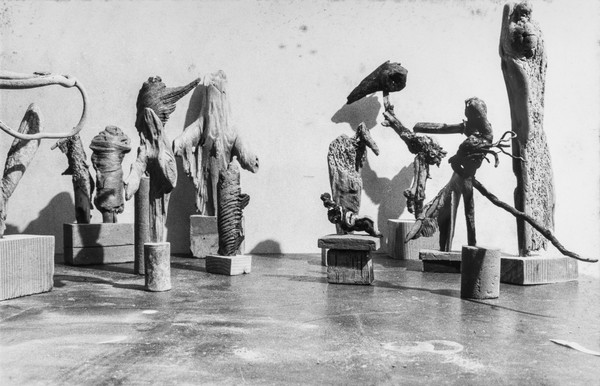 Richard enjoyed picking up odd pieces of wood worn by the sea, found on Lepe Beach. His son Crispin regularly worked as a photographer for Studio Magazine in the 60s and together they made a mini exhibition of these tiny ‘sculptures’ which appeared as an article in the magazine.

Wood on alabaster base 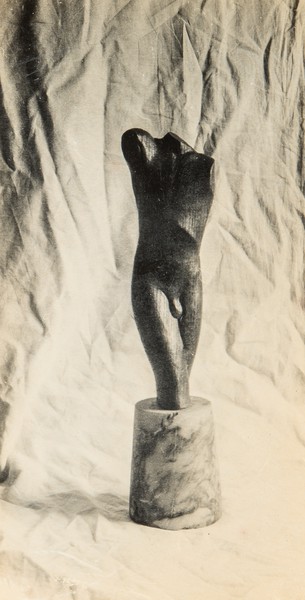 Wood on alabaster base 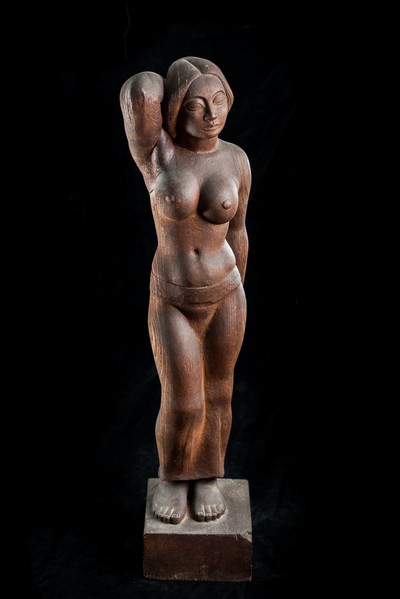 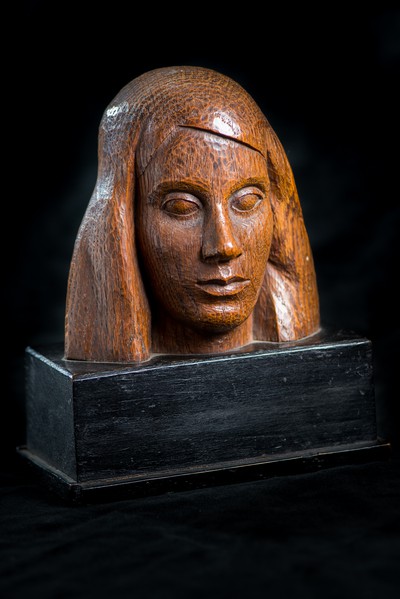 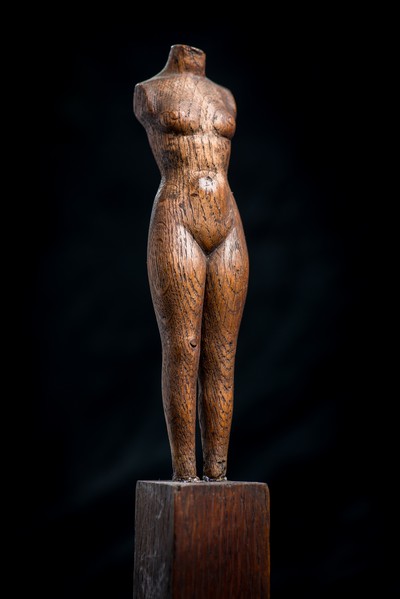 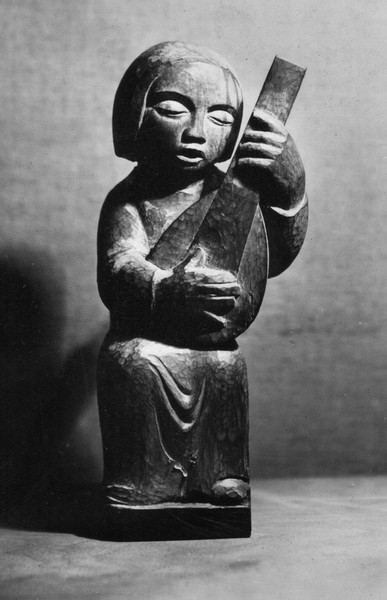 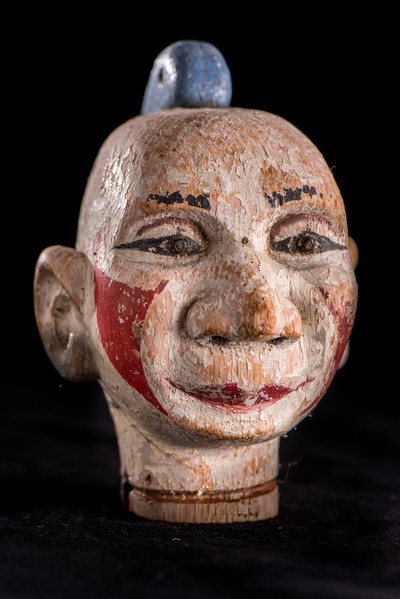 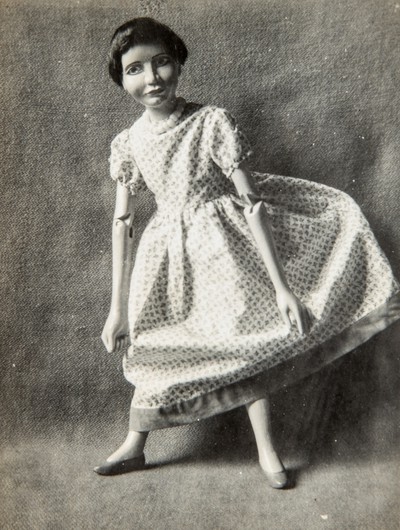 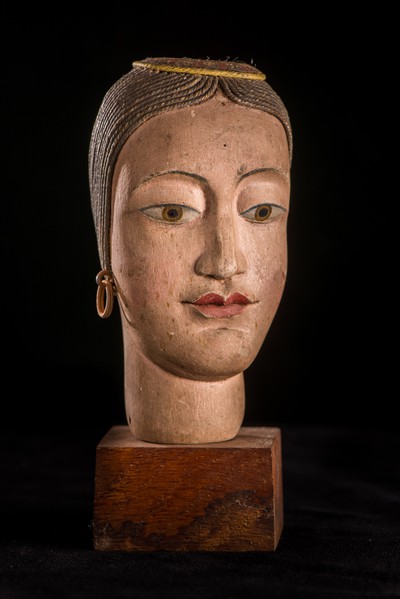 Puppet Head of a Woman with Earrings (c1930) 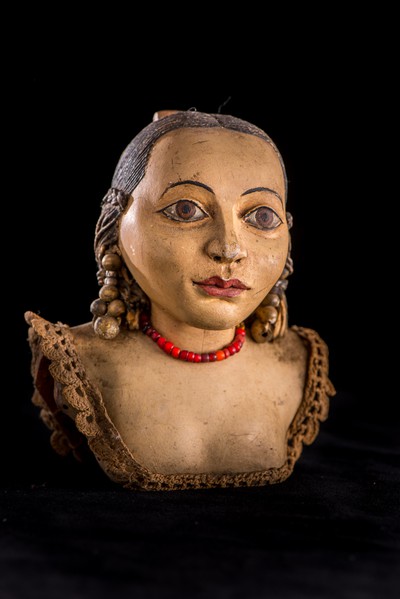 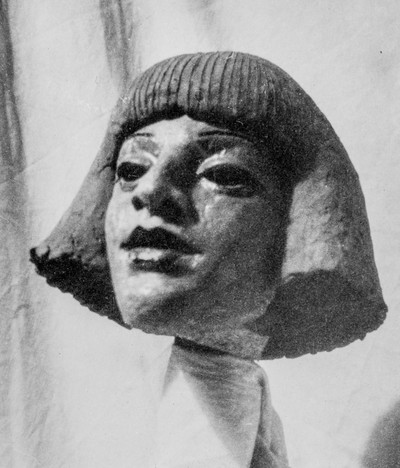 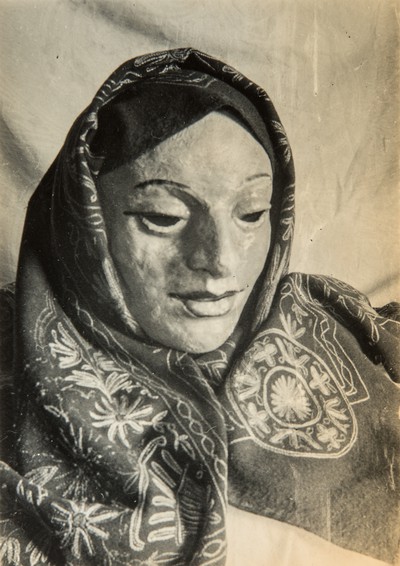 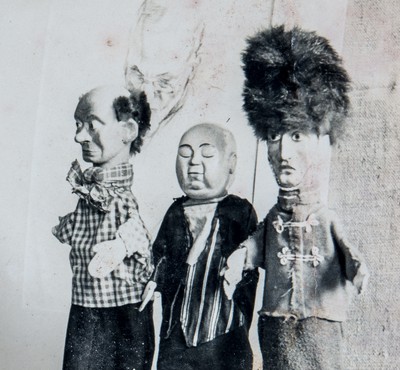 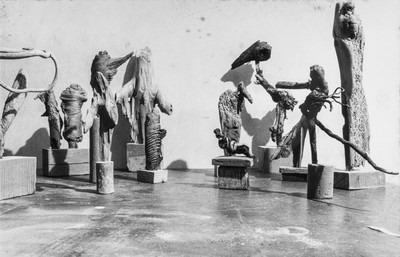