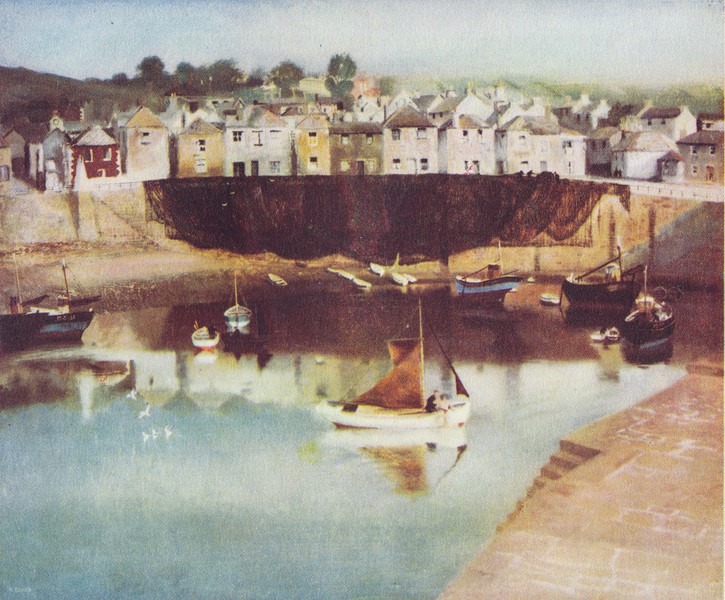 Not to be confused with Mousehole, Cornwall (1938)

29th February 1944: Edward Maufe said he had bought my painting of Mousehole done a couple of years ago.

Sir Edward Maufe (1882-1974) was the architect of Guildford Cathedral. We do not know how well Richard knew him, but their lives crossed over in several ways. Maufe was born in Ilkley in Yorkshire where Richard and his family moved to in 1921. Maufe, like Richard, attended Bradford Grammar School and was a fellow Royal Academician (RA).

The photo illustrating this picture is from 'British Sea-Fishermen' by Peter F. Anson, published in 1944, one of the 'Britain in Pictures' series of books published through the 1940’s.

There is another of Richard's works illustrated in black & white in the same book - Boatbuilder's Shed (c1943).

The 'Britain in Pictures' books were intended to be a social history of the UK and a morale booster duriing the war.


bought by Edward Maufe ARA from the Redfern


If you can help add to this timeline, please get in touch below. 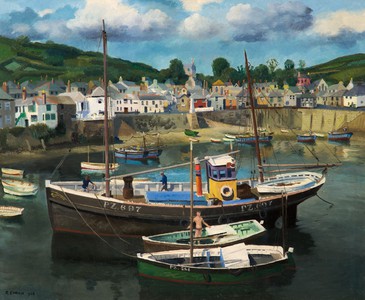 Does this page contain inaccurate or missing information that you could help us with, or do you simply want to leave a comment?