These are the only works and sketches we know of which came out of a very uncomfortable camping trip Richard undertook probably in late July or early August 1926, shortly after leaving the Slade.

"One day a friend wrote to say he was planning to go camping in Scotland with his car, would I care to come? The only qualification being that I could erect a tent. I replied that I would be delighted and could and would put up a tent.

The day arrived and so did the friend with a runabout car of ancient vintage. He looked at my very modest luggage, which of course included my sketching box. He said he thought there wouldn’t be room for the box, could we send it on to some station in Scotland? I was amazed, no room?! Whatever kind of car was it? I went and looked – well, I understood when I saw in the back of the vehicle tents, pots and pans, a forester’s axe and what looked like spare parts for every department of the car and tools for dismantling and reassembling. So my sketching box was sent to Loch Lomond."

Thus starts the hilarious and painful account of the trip in chapter 25 of Richard's autobiographical memoir, "As the Twig is Bent". He did have one good thing to say about it all:

"Most nights were wet. The little tent was not waterproof and I began to get rheumatic. But on the only fine day we had, we climbed up the 2,800 feet of Ben Sgulaird from which I made drawings of the vast barren slopes of Glen Etive, with the great crags of Ben Vair and Ben Cruachan dominating the valley of Glen Creran. I had never seen anything so impressive before. The clouds were plentiful but high and the contours and shapes of the hills were thrown into relief by their shadows moving across them."

The glass plate negatives found in the estate archive are the only records of any paintings we know of that came out of the trip. We also know he exhibited one of his "landscapes of Scotland" in June 1927 in the The Daily Express Young Artists show, but we have no idea if it was one of the paintings below. 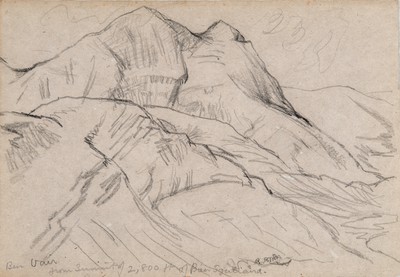 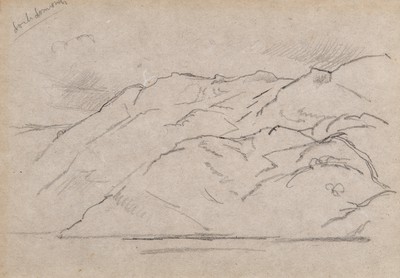 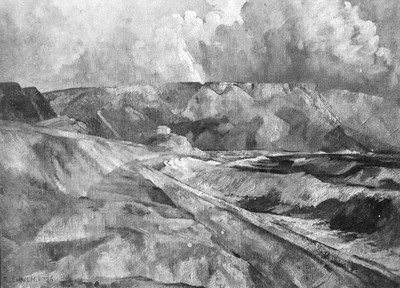 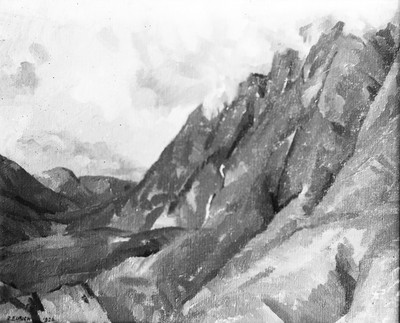 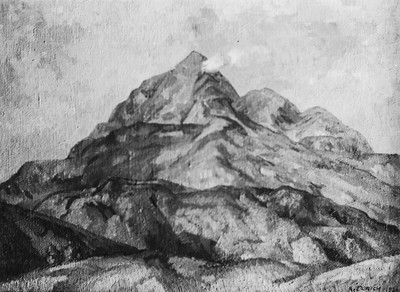 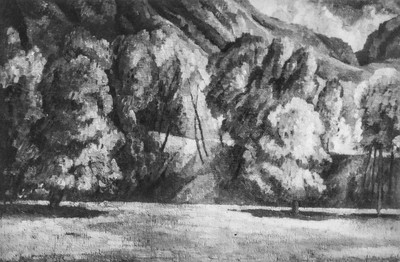 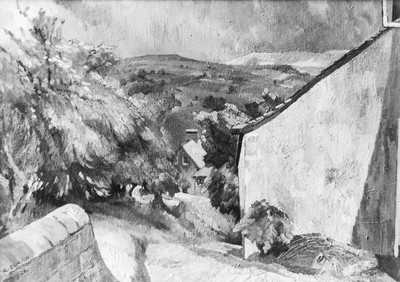 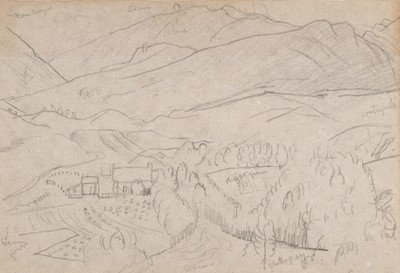 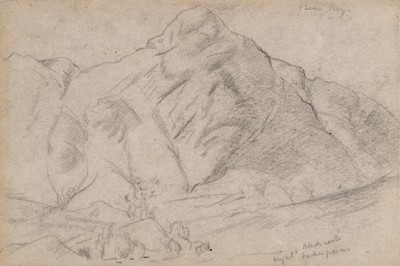 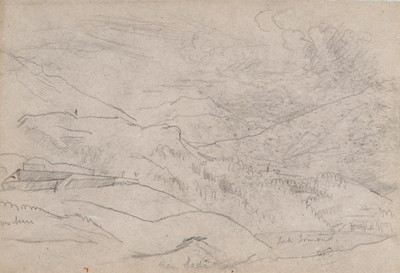 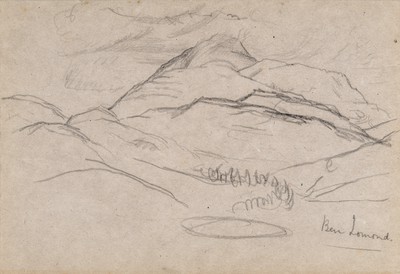 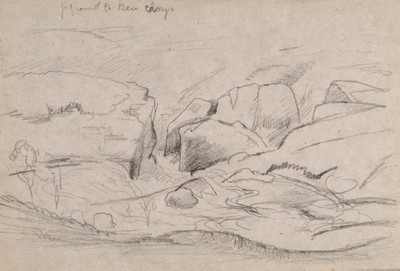 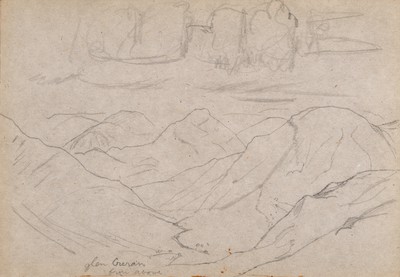 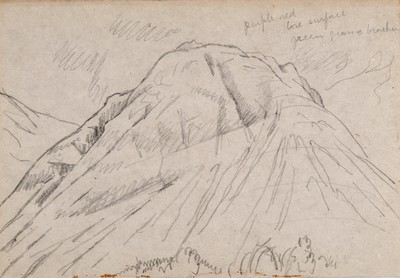 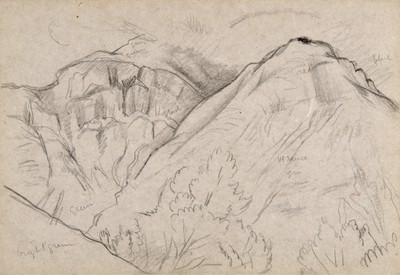